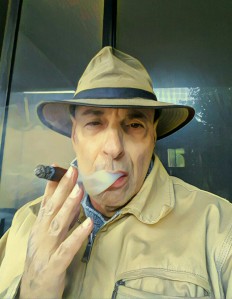 I’ve read two books by Rescher. The first “Process Philosophy: A Survey of Basic Issues” (2000) I did not review for Amazon because there is no Kindle version and I managed to find the complete text as a PDF or online read here. This book inspired my essay “Process, Substance, Time, and Space”. Rescher’s examination of the free will issue, often the gorilla in the room for philosophy of mind, epistemology, and metaphysics, not to mention ethics, is nothing short of thorough and well articulated. Another of my essays “An Epistemological Argument for Free Will” was written prior to my reading Rescher’s “Survey” or “Free Will”. It addresses some of the same issues, but Rescher does a much better job.

In the review I mention Lowe (“Personal Agency” 2006), but I didn’t want to add my own philosophical commentary to a book review. Here I will note again the two works are complimentary. Although Lowe is a substance and Rescher a process ontologist, the compliment arises because Lowe’s focus is metaphysical, while Rescher’s is phenomenological and epistemological. Lowe’s book is directed more towards establishing the metaphysical possibility of free will in a deterministic and/or random (quantum) universe. He looks at causal process and asks what freedom means, what it must accomplish, its “existence criteria” to be called free and willful (purpose directed) in the context of a causal universe. By contrast Rescher gives us an explosion of distinctions in types, kinds, or categories of experience in which we explicitly and directly recognize the freedom and willfulness of our acts. For Lowe it is about what we understand freedom to be, while for Rescher it is about how we experience it. Along the way, Lowe must, perforce, delve into the epistemological, while Rescher only rarely touches on the metaphysical.

This book has been out on Kindle for over a year and a half now and I am its first reviewer. I suspect this has something to do with its $40 price which is frankly obscene for a Kindle book. My opinion here casts no aspersions on Amazon for it is the book’s publisher who sets the price. This is a particularly greedy publisher especially as it appears that a bit of sloppiness crept into the production here but I will save that at the end.

If this is not the best book I’ve ever read on the subject of free will it is a very close second to that of E. J. Lowe, “Personal Agency” 2006 (it’s a tough call). I was surprised to discover that Lowe is not cited in the book’s bibliography. Lowe’s focus is more metaphysical, the nature of agency, while Rescher aims squarely at the phenomenological, the subjective qualities of free will, but their thought runs in parallel streams detectable throughout the book. Rescher’s arguments are thorough. He spends the first 2/3 of the book making distinctions and investigating what free will would have to be like if it existed. His first and most important distinction is that between metaphysical and moral freedom. He does not mean what either of these terms normally connote. “Moral freedom” for Rescher is commonly addressed by what philosophers call Compatibilism, the notion that an act is done without constraint from outside the actor, like a thief with a gun to your head ordering you to open the safe. For Rescher, moral freedom is simply the freedom to act free from “undue external constraint” whether or not the act has any traditionally moral implications. Metaphysical freedom, by contrast, is the freedom to choose, to make a decision prior to an act, and that such a choice arises from the deliberation, “the thought” (conscious or subconscious, though not unconscious), of the decider. In contemporary philosophy, Compatibilism is a response to the fashionable notion that Rescher’s “metaphysical freedom” is impossible, not supported by physics. Rescher stands the matter on its head and notes that moral freedom, the possibility of a “freedom to act” (in a manner fully compliant with physics, not to mention the limits of one’s biology) depends on having a prior freedom to deliberate (even subconsciously) and choose. Even with a gun to your head you have “metaphysical freedom”. You can deliberate over alternatives like fighting off the thief. That you would not actually succeed, are likely to die, is what revokes your moral freedom, but deliberation, the choice to deliberate, remains available. The choice “in mind”, prior to any final decision to act, is “metaphysical freedom” in Rescher’s sense.

Rescher raises many issues usually addressed in the negative. Besides making important and obviously useful distinctions here, He effectively demolishes many of the challenges to free will like Galen Strawson’s claim that for a decision or act to be free every input to it, including every motive, belief, and inclination of the actor would have to have been both consciously and freely chosen going back to the earliest life of the actor. Rescher also demolishes the notion that one could, in principle, trace the neurological basis of some particular choice or action back indefinitely in the history of the actor, and addresses various interpretations of the infamous Libet experiments. He points out and argues extensively and well that without some stopping point in the thought of the actor not only is there no room for freedom, but consciousness itself becomes pointless. Without eventually referencing thought itself, there is always something that is left out of the description of most human behavior. That such “leaving out” is an inevitable outcome of a purely physical description, is evidence that something genuinely important is being missed.

It is not until the book’s last two chapters that Rescher addresses the metaphysics of “metaphysical freedom” as he understands this. His case here is entirely circumstantial, but convincing nevertheless. He notes explicitly that there can be no empirical demonstration of free will one way or the other. He argues that broadly speaking evolutionary advantage accrues to animals the more they have the power to choose and revoke choice in thought prior to acting. Mind and brain exist together in lock-step such that there is never a “mental eventuation” without there being some correlative brain activity. The mental is not causal in the traditional sense but “initiating”. Exactly what the difference is here is not really explained but at least one difference is initiation’s lack of temporal precedence. At no time is there a mental eventuation (there is a distinction Rescher makes between “events” and “eventuations”) without a corresponding brain activity. Rescher is, in the end, a materialist. From the traditional metaphysical viewpoint he argues that free will, like the consciousness (capacity to think) underlying it, is simply emergent from physics through biology (Darwinian mechanism) and that therefore there is nothing mysterious about it metaphysically speaking. The agent herself emerges from the bundle of tropes that constitute her consciousness. That we do not know (and can never discover because it is not strictly causal) precisely the mechanism by which thought takes control and initiates does not mean it doesn’t happen. He argues persuasively that the entirety of our experience not to mention the subjective meaningfulness of consciousness itself suggests that it, that is free will, is real, and it is always rational for us to proceed on that basis.

While I thoroughly enjoyed this book I did notice a curious production issue. There are places in the book where whole paragraphs (sometimes two or three successive paragraphs) are lifted from one part of the book and placed in another. At first I thought this a curious stylistic device as in each case the following discussion takes different turns. But as it began to happen more and more, not only between successive chapters but inside chapters and in the last case even within the same subsection, I began to wonder if this was not a production error on the editor’s part?

Nobody interested in the free will problem from one side or the other should be without this book. Dualists and monists of all stripes will find if not a complete answer to their questions, a host of useful distinctions and considerations bearing on the problem. It is unfortunate that it is so expensive. The publisher is doing the community of philosophers-at-large no favors here.