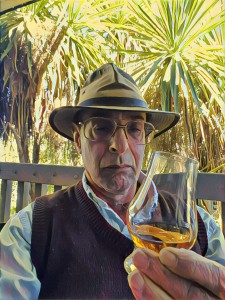 In the better pornography I’ve read, the first few sex acts are described in considerable detail, while the description of later acts is shortened up. There is less detail, but also back references (there are various literary approaches to this) to the prior more detailed description with the link between them left to the reader’s imagination. This prevents the reader from getting bored. There are of course many variations in the sex act, but by in large they usually come down to the same core. Literally describing that same core over and over quickly becomes redundant.

That my friends is, in my view, the sum and substance of it. I’ve read many of both types of books, but I will leave you with a few recommendations. On the erotica side “The Education of Don Juan” by Robin Hardy is the greatest purely erotic novel, not pornographic, I’ve ever read. Every part of the story is tuned to sex, but the acts, though very stimulating, are never explicitly described. A close second is not strictly a novel but an autobiography of one very sex-filled year in the life of Anias Ninn. “Henry and June”, pushes the envelope a bit but only here and there briefly, sometimes a single explicit sentence, touches the pornographic.

On the pornographic side, I think much of the better literature was written in the late 19th and early 20th century. “Memoirs of a Woman of Pleasure” (John Cleland), known also as “Fanny Hill” was written in the middle of the 18th century and is considered the first great English pornographic novel. But the best, in my opinion, is “The Black Pearl” by Anonymous (not the other one by Scott O’Dell).

Written in the late 19th or early 20th centuries (its real provenance difficult to determine) it follows many characters who in the beginning have sex (the women) with the main protagonist (Horby, a man) and then go off on adventures all over Europe reporting back to the protagonist on their exploits via letters. Horby of course has his own adventures as well and there is a raft of other characters who were famous artists, play-writes, and others of the English upper classes in the 1880s and 90s. The description of these characters by the protagonist (the story is told in first person) suggests that he was in fact a real person of substance and knew these people intimately.

My favorite line in all pornographic literature comes from this book. One of the women finds herself embroiled in a Satanic cult. Having described (in a letter) in luscious but shortened detail her liaison with the cult’s high priest (witnessed by a circle of initiates, and in which she is a willing participant), she makes perhaps the most pragmatic assessment of Satanism I have ever seen: “Oh Horby!” she declares “This Satanism is just fucking with frills!”

I suppose now you want a few examples? Here are two

Erotica: Clothes shed they embrace. Falling on the mattress, entangled in one another’s bodies, he enters her…

Pornography: … entangled in one another’s bodies the tip of his tumescent gourd finds the moist outer petals of her flower and buries itself to the root in her soaking wet volcanic channel…

You get the idea?

This all leaves me with one further question. Why do women seem, at least in this time of global social media, to be more often successful authors of erotica and pornography than men? But I take leave to address it another time.