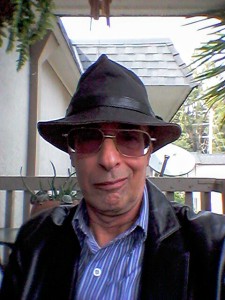 Kastner’s is one of two “most important” books in physics and cosmology that I’ve read (and in my opinion of course) over the past 7+ years, the other being “Singular Universe” by R. Unger and L. Smolin. How many books have I read addressing the subject of “quantum mysteries”? Paradoxes of the “double slit experiment”, “action at a distance”, “the impact of the observer”, and so on. Except for hidden variables, mostly rejected for good reasons these days, all of the *explanations* are either mere speculative descriptions of phenomena taking place independently of their observation, or they explain them away. Dr. Kastner (building on the work of her mentor John Cramer) does actually explain these phenomena without hidden variables! Whether you like her hypothesis or not, it has to be a contender.

“Unseen Reality” is Kastner’s very good explanation for a popular audience familiar with the basic issues of quantum mysteries. She also has a more technical version for physicists: “Transactional Interpretation of Quantum Mechanics”, very expensive, and filled with the math to back her up. I include a link to it here for completeness. If you can follow this more technical version, you probably aren’t interested in my opinion anyway!

In 2019 Dr. Kastner published a second book: Adventures in Quantumland in which she reprises and expands on this earlier book. I review and comment on the later book here.

Ruth E. Kastner resolves 100 year-old quantum mysteries. Moreover, she explains them without explaining them away and all-the-while retains the fundamentality of the particles (as compared to the Schrodinger wave) and forces in spacetime. She calls her theory a “transactional interpretation”. We’ll see why in a moment. The solution proposed supposes (an inference anlogous to the status of atoms in 1850) that physical reality, the universe explored by science (particularly physics), includes something besides spacetime. She calls this Quantumland and compares it to the bulk of an iceberg which exists beneath our sight while the tip, spacetime, is only a small part of all of what is the physical universe.

All quantum phenomena (“incipient transactions”) happens in this bulk part of the iceberg. It has important qualities. Foremost, it is outside spacetime. Second, unlike the bulk of a real iceberg, incipient transactions are in principle invisible to observation as that is commonly understood by science. What science can observe is what makes it from an incipient transaction to a real transaction, and in that transition moves from Quantumland to spacetime. At that point, an event becomes measurable, essentially observable. This has nothing to do with whether or not it is observed by human beings. It isn’t human observation that turns an incipient transaction into a real transaction but the response of absorbers to an emitter. An absorber might be a molecule in a human eye that evokes some response in human consciousness, but it might also be an atom on the surface of a rock. Our instruments are absorbers, the environment, the whole of spacetime, is filled with absorbers whose transaction-capable atoms can respond to an offer wave outside spacetime.

Here’s how the system works as I imperfectly understand it. Inside Quantumland there is constantly going on an exchange of virtual particles. These are “offer waves” of an emitter (say a photon or an electron), and these waves are met by corresponding “response wave” that comes from the side of every particle surrounding the emitter that can potentially absorb the particle implicit in the offer wave. Individual absorbers can only respond to a fraction of the offer wave, that fraction that the response encounters. When offer wave and response wave meet (remember this is all taking place outside spacetime) we have an “incipient transaction”. The meeting sets up probabilities for any part of itself to become a real transaction. No part of the offer-response (incipient) process transfers energy. Only one of a possibly near infinite number of incipient transactions can become a real transaction and in doing so transfers a quantum of energy. The process is fundamentally random. When it happens, that event enters spacetime and we can measure it!

Quantumland where virtual particles are the origin of the forces (strong, weak, and electromagnetic at least) we experience in spacetime is not particularly controversial in quantum mechanics and is the main reason that physicists believe there is a quantum realm even though we cannot observe it directly. Dr. Kastner explores this origin of forces in her book as well, but her addition to the whole idea is that all of this quantum stuff takes place outside spacetime but remains a part of “the physical universe”. It is a transaction’s emergence into spacetime that makes it observable! Quantum physics merges into classical physics because as quantum events emerge into spacetime, one of many incipient transactions into a real transaction, energy is transferred. As these events cluster, quantum physics becomes classical physics. Kastner makes clear how each aspect of the relation between Quantumland and classical physics in spacetime result in what quantum experiments tell us. She explains action-at-a-distance, incipient transactions take place outside spacetime and are not constrained by the speed of light. But the effect cannot be used to send information faster-than-light because sending information requires actual transactions that have entered spacetime and therefore restricted to the lightspeed limit!

There is even more to Kastner’s book than I explore here. She spends time on the distinction between mind-as-absorber and absorbers generally, that is the physical universe, and explores a role for Quantumland in an explanation of free will. Significantly, her explanation really is an explanation. She writes beautifully for a non-mathematical audience and her analogies (many more than the iceberg) capture her concepts well. At least I thought I was with her at every step. I’m sure some of the concepts are oversimplified for the lay audience (including myself) but I think there is a genuine insight here. Excellent book if you have any interest in quantum mysteries.

Quantum Ontology: A Guide to the Metaphysics of Quantum Mechanics (Kindle Edition 2016)

A book at the intersection of quantum mechanics and metaphysics. Lewis focuses on the three dominant interpretations of quantum mechanics and various of their variations exploring the advantages and disadvantages of each from a viewpoint of the metaphysical ontology (the philosophy of what exists or what is real) of the universe and our experience. On the whole the book delivers on what it promises. While it fails to come to any definite conclusions, the author is clearly biased towards “the many worlds” view, one of the three dominant interpretations of quantum mechanics.

When I first bought the book I searched it for a mention of my own favorite interpretation, the “transactional theory” of Cramer and Ruth Kastner (see my review of her book “Understanding our Unseen Reality: Solving Quantum Riddles”). Lewis casts this interpretation as one of a class involving temporally reversed cause. Oddly he fails to mention that Kastner herself rejects this interpretation based precisely on a unique ontological commitment; that quantum phenomena take place outside (as Kastner puts it “underneath”) timespace. In her view, the quantum phenomena only appear to be causally reversed from a viewpoint within time but in reality no such reversal occurs because prior to the phenomena being particularized as energy is transferred in timespace they occur outside of it. This is a big ontological consequence that Lewis utterly fails to notice.

But aside from this quibble, the book is a good review of the dominant interpretations of quantum mechanical phenomena and their associated ontological implications.